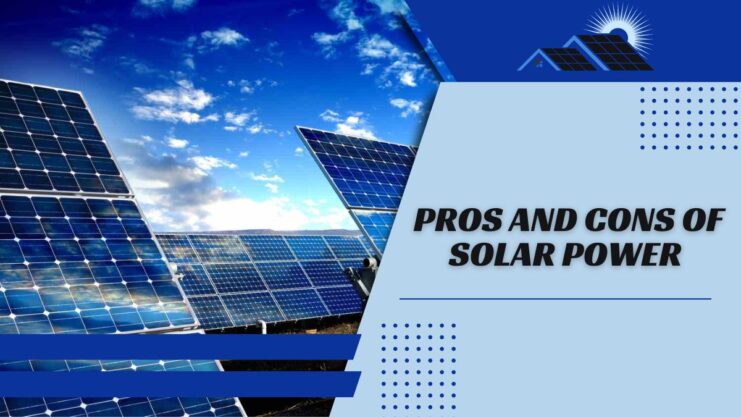 Solar power is one of the celebrated inventions that have helped fill the gap between the required resources and their availability. Solar power generation has special photovoltaic cells that convert sunlight into electricity. This electricity is further used to carry out important processes in various industries, like the textile, chemical, and food industries.

Solar power is a great option because these industries require huge amounts of electrical energy. Industries work efficiently with the help of solar panel systems, as they can provide them with the required resources.

Solar power is used in industries and homes and has several benefits. Machines that perform all the functions depend on electricity, which is why a reliable source like a solar panel system is preferred. Below are a few pros that prove why they are preferred among other energy resources:

Solar Power Is A Renewable Source Of Energy 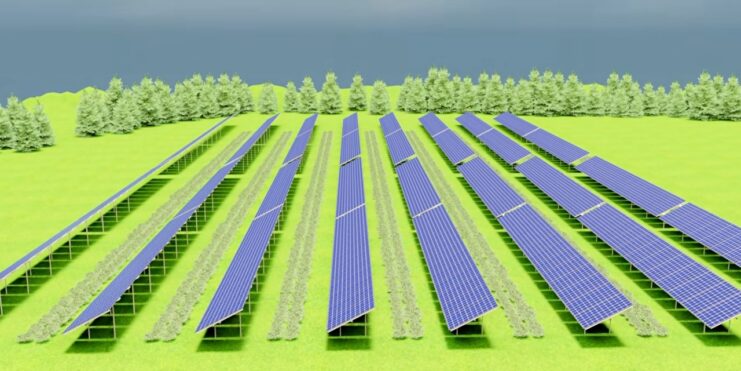 Solar power is generated through solar panels that use sunlight as a renewable energy source. A renewable source continuously provides clean and safe energy without depletion. As there is no risk of depletion in consuming this type of energy, it is considered abundant.

Solar panels depend on an energy source that can provide an endless supply for the systems without adding any special equipment.

The easy accessibility of the energy source makes solar panels the best system to generate electricity. Very few renewable resources can be replenished easily, and the sunlight is one of them. The dynamic design of the solar power equipment consumes solar energy and converts it into a usable form of energy.

Due to the abundance of sunlight, many industries and businesses prefer installing solar panels. It is well-known that it will always be present in the environment, and one has to make very little effort to get the required results. This is one of the biggest pros of solar power.

Use Of Solar Power Reduce The Electricity Bills

Using solar power for personal and commercial use is preferred, as it is very cost-effective and reduces the amount of your electricity bill.

With this cost-effective technique, one can generate more electricity with the help of solar panels and can use the electricity accordingly.

By generating more electricity than the required amount, one can easily reduce the electricity bill to zero. Industries looking for cost-effective energy resources always install panels to reduce the cost associated with electricity generation. This is the biggest advantage, as it reduces the financial burden on industries and businesses.

Homeowners looking for a cost-effective method of energy generation can install solar panels to add the saved money to other activities. Small business owners can also utilize the panels, as they are cost-effective and can reduce the amount of their electricity bill.

The billing mechanism for solar power generation in panels is called “net metering,” in which the owner can earn bill credits for an extra amount of electricity produced by the panel. Solar power, as a whole, is a cost-effective way to avoid large amounts of electricity bills. 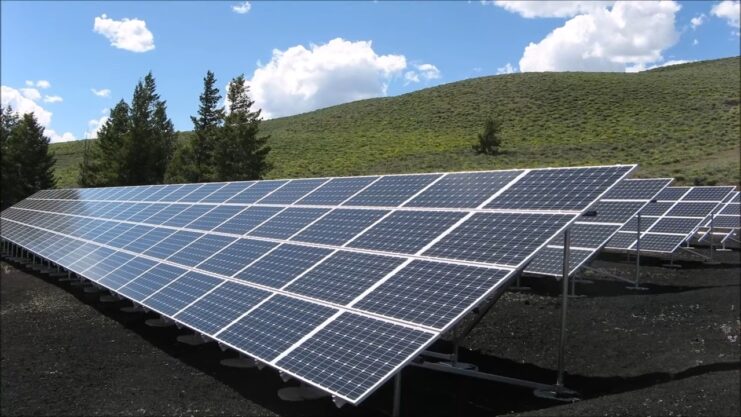 Solar panels for solar power solve the big issue of generating a large amount of electricity with minimum effort, but their maintenance is quite easy. Despite having parts like silicon cells, wires, glass frames, and metal parts, it can be done without the help of high-tech equipment for maintenance. The only maintenance it requires is cleaning.

To clean the panels, remove the dust and dirt from the metal frames that can settle on the panels during storms and heavy rain. One has to spend a very small amount of money on the maintenance process of solar panels. The frequency of cleaning should be around two times a week so that the dust and dirt can be removed easily.

The panels are mostly located in the terrace area, so the chances of getting dirty with dust particles are high. The parts of the power panel are manufactured so that the material barely gets affected by extreme weather conditions.

Due to this supreme quality, the parts remain intact in all kinds of weather and barely require repair or maintenance. This reduces the maintenance effort and the cost of solar power panels. 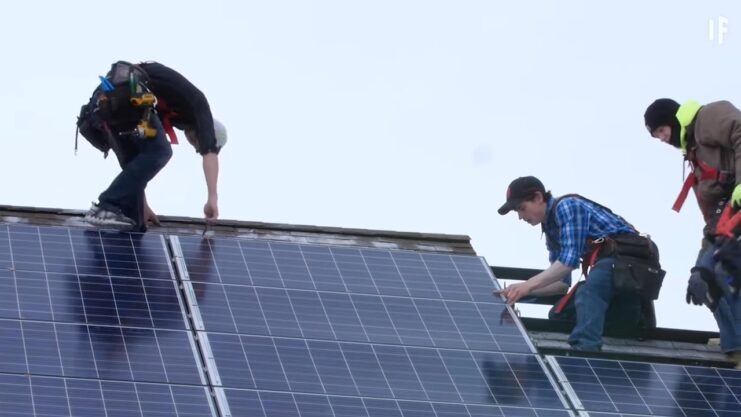 The diverse application of solar power is another benefit that makes it preferable for commercial and personal use. The power can be used in various processes like solar water heating, electricity generation, and thermal power generation.

Apart from that, it has other prominent uses in other industries too. The wide applications of these panels have replaced traditional water heaters, as most people prefer solar water heaters.

Another prominent application of solar power is in farms, where it is used for pumping water during irrigation. The water-pumping process consumes a lot of electricity, which is why solar power is a better choice for this process.

Solar cooking is another application of solar power, as fuels like gas and coal fall into the category of scarce resources, whereas solar energy is abundant. Solar cookers use solar energy for cooking food, which is widely popular in the food and restaurant industries. All of these applications are among the most significant benefits of solar power.

Solar power systems are among the most prominent equipment that helps save the environment, but they also have some cons. Electricity generation via this power-generating equipment is an efficient way to run electrical machines, but factors such as weather dependency and large space requirements pose a few challenges.

Some of the cons of solar power are listed below:

The Efficiency Of Solar Power Generation Depends Upon Weather 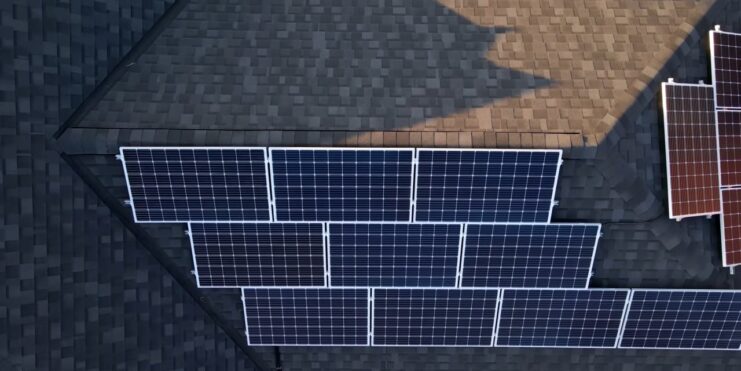 The major source that helps with the generation of solar power is sunlight, which is why cloudy weather and rainy days can directly affect the system’s efficiency.

The panels provide the best power generation on sunny days, but the quantity and quality drop if the weather is unfavorable.

This is one of the major issues with solar power. Industries relying on solar power find it difficult to reach the required electricity on bad weather conditions.

Also Read: Most Efficient Solar Panels in the World

This dependency on weather makes it less reliable during seasons without sunlight. One has to make sure to rely on the panels only during sunny days, as the efficiency of this equipment drops in bad weather conditions.

The material used for manufacturing the photovoltaic cell is made of pure silicon, which is why the cost of the system is high.

Apart from that, the installation cost is also high, as the process requires experts who can install the system correctly to generate power efficiently. It becomes a huge issue when the area does not have the installers, and one has to contact the installers in another area. This creates a huge stir in the installation process and also increases the cost associated with it.

Solar Power Systems Take Up A Lot Of Space 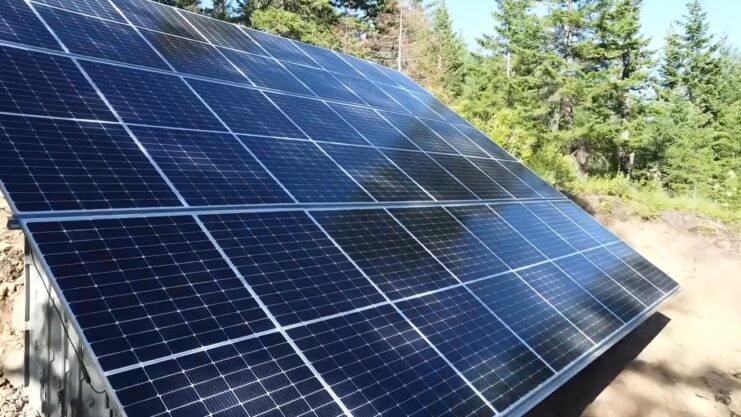 The system and panels that generate solar power require a large area because the equipment size is enormous. Also, the panels are installed in huge numbers so that a large amount of power can be generated with the help of the panels. The requirement for a large space becomes an issue when the location needs more space for the system.

Large-scale Industries and businesses can leverage the roof area of their location, but solar power systems are not viable for home roofs. This is one of the biggest disadvantages of solar power, as the systems are not suitable for places that have small installation areas.

1. What are the applications of solar power?

Ans. Solar power is primarily used for commercial purposes in industries and businesses, but due to its feasibility, many people use it in their homes too. Solar power can be used for large-scale industries’ solar water heating, cooking, and electricity generation. Solar power has huge applications in the farming sector, where it helps in irrigation.

2. Do solar power systems cause pollution?

Ans. Solar power systems and panels are made with photovoltaic cells containing harmful chemicals. Any leakage or damage in the equipment can spread this chemical, which can lead to pollution in the atmosphere. So yes, solar power systems can cause pollution, but one can avoid it with proper maintenance and handling.