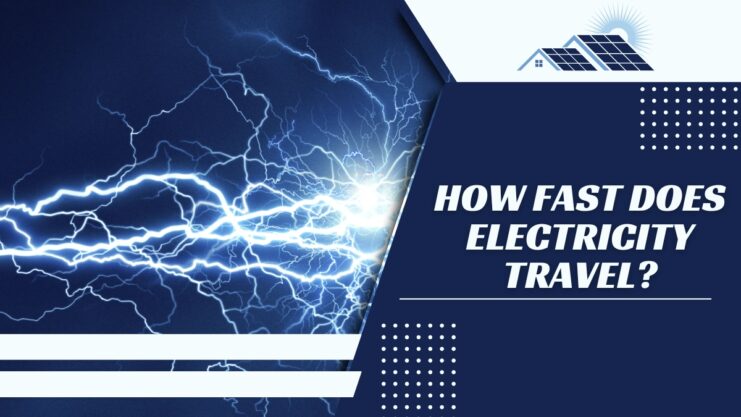 The majority of individuals consider electricity to be a source of energy. However, electricity is also a communication medium. It is capable of transmitting signals over great distances.

But electricity must flow rapidly to accomplish this. The electric current’s intensity changes depending on how many electrons move through the wire.

A practical comparison for comprehending how electrical currents operate is the water movement through a pipe. If there is higher pressure at the source, greater force is applied in the flow’s direction.

The question “How fast does electricity travel?” has been clouding many people’s minds. To comprehend this, one must first understand a few related concepts. By explaining what electricity is, how it travels through various media, and what factors affect its velocity, this article aids in gaining a firm grasp on the subject.

How Is Electricity Conducted Across A Wire? 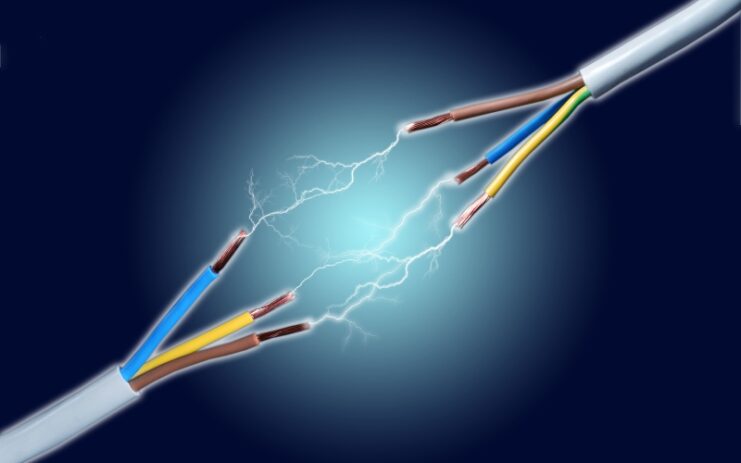 Although the answer still needs to be fully comprehended, scientists have a solid notion of how it operates. A moving electron from one atom to another produces electricity. This phenomenon occurs when two metal objects are put together closely.

As the metal atoms transfer their electrons to the other metal, electricity will flow between the two metals. Electric currents are produced by moving electrons in metal wires.

Electrical currents passing via metal wires can move at one of three different speeds, each of which has a distinct physical impact:

The metal wire contains free electrons, each of which sails in a straight line while being propelled by its momentum, striking an atom, changing course as a result of the impact, and then continuing in that same straight route until it hits another atom again.

A metal wire’s free electrons will continuously move and suddenly collide with atoms if left unattended. “Heat” is the term used to describe the random movement of small particles.

The number of nanometers per second that an electron travels in a straight line between collisions is its actual speed. Since a wire acting alone cannot carry an electric signal, the individual electron velocity of the irregularly flying electrons characterizes the heat in the wire.

The electrons tend to bounce around in all directions due to the ongoing interactions between them and the atoms. These particles now display a net-ordered movement in the direction opposite the electric field in conjunction with this randomized flux. 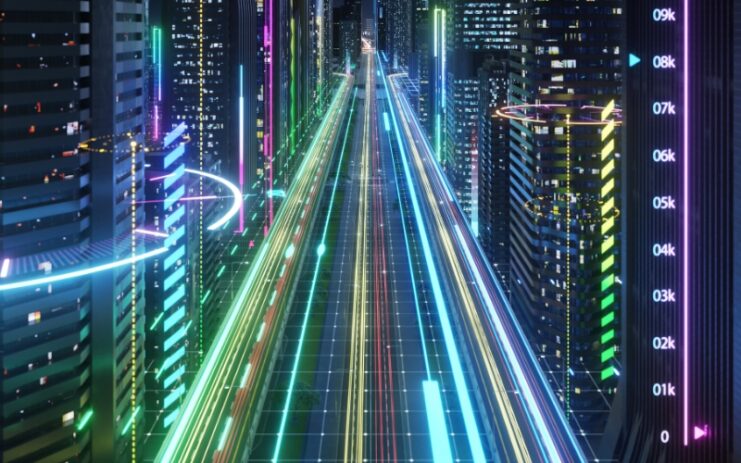 Electrons moving through a conductor in a particular electrical field are known as electricity.

The distance an electric current covers in a predetermined amount of time is known as the speed of electricity in physics.

The electromagnetic waves that carry this energy do so at the speed of light (approximately).

Three hundred million meters per second are covered by light. However, the speed of the electrons within electromagnetic waves is slightly slower.

Factors That Control How Electricity Travels Through a Wire 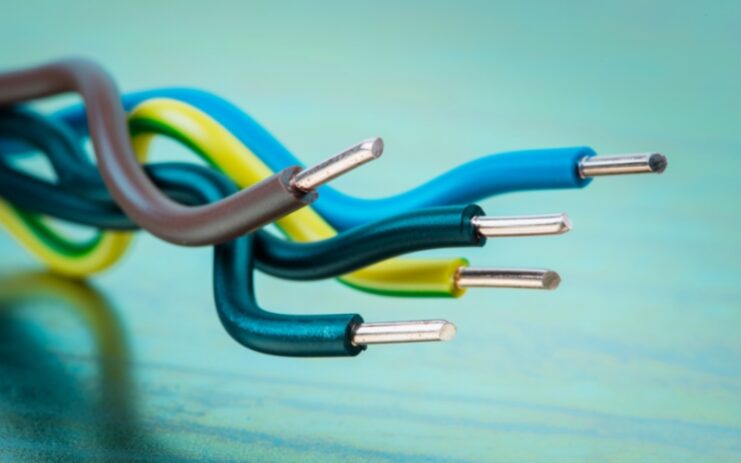 How quickly electricity moves across a wire has yet to be conclusive. The velocity of electricity is affected by numerous factors. Wire, electricity’s voltage, and current flow are a few.

Electrons could migrate at different rates and directions depending on the material. Some restrict electrons’ freedom of movement by keeping them more tightly bonded. Others allow electrons to bounce around more quickly; these materials are known as conductors.

Other forms of wire, like aluminum wire, have a more excellent resistance, which means that electricity conducts more slowly.

3. The Length Of The Wire

The wire’s Length also impacts the speed of electricity. Electricity flows more slowly along longer wires. It happens as a consequence of the wire’s resistance increasing with Length.

Every electron carries a negative charge. A few electrons are bonded to an atom indefinitely.

Others are free to move about the grid of conductors, which are made up of stable atoms. These free electrons create an electrical charge when they move and bounce around.

However, the electric current in a circuit does not have a single speed. Charges move more quickly along narrower wires. Even though an electric current is a continuous flow of charges, the actual flow rate can only be estimated by knowing the thickness of the wires and the current amperage in the cables.

The reason is that while each atom uses a single movable charge, copper has more particles packed into it than aluminum, causing each copper atom to have a more significant charge.

It is because, even though each atom only has one moveable charge, copper atoms appear to be more densely packed than their aluminum counterparts, giving each copper atom a more significant charge. 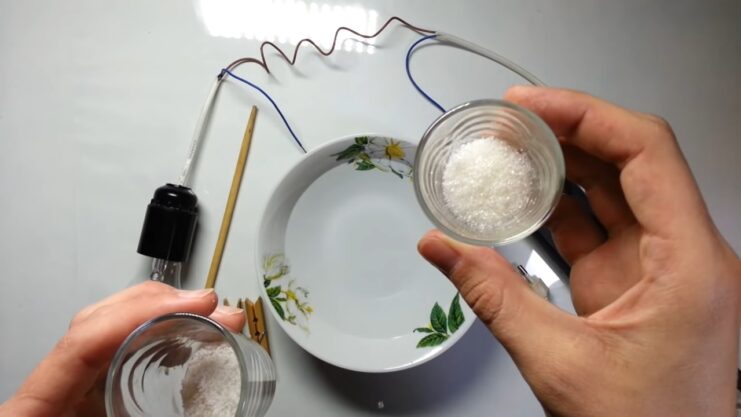 All metals are electrically conductive to some extent, although some are far more so than others.

Silver demonstrates the highest conductivity amongst other metals but is also costly and prone to tarnishing, which reduces its conductivity. Conductivity is based on valence electron density.

As they collide, free electrons pass through metals like pool balls and transfer energy.

Because there is no resistance when electricity flows through them, it is more conductive. 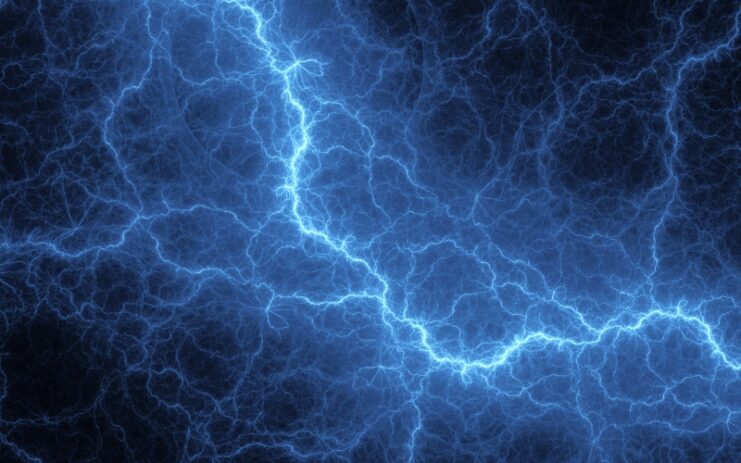 The Term “Current” Describes The Flow Of Electricity In A Circuit.

Currently does not refer to a specific substance. A current is produced by The charge-carrying particles that are circulating along a circuit produces current.

Batteries And Generators Supply The Charge That Travels Along Electrical Wiring.

Before a battery is connected, a circuit is already charged. Copper atoms provide the flowing charge in copper wire. The potential difference between the two places that causes charge to travel is supplied by batteries and generators. Electrons in wires jump from one atom to the next as a current flows.

Even Without A Current, Electrons Can Move Between Atoms.

Metals’ outer electrons start to orbit all of their atoms collectively rather than around individual ones. Electrons move through a conductor during an electric current due to the potential difference throughout the conductor.

Electricity Is A Unique Type Of Energy.

In wires, electrical energy consists of waves that travel along electron columns. Electromagnetic fields associated with those electrons contain the actual energy. The passage of electrons from one object to another produces static charge. An unbalanced charge is obtained when an electron is removed from a previously neutral one.

Electricity moves so quickly because it is a type of energy created by breaking down elemental atoms into their individual atomic particles. Its quickness increases because electricity is in the air and may be swiftly conveyed via conductors and wires. Since electricity is an energy type that moves in waves, it moves over wires at a reasonably high speed. 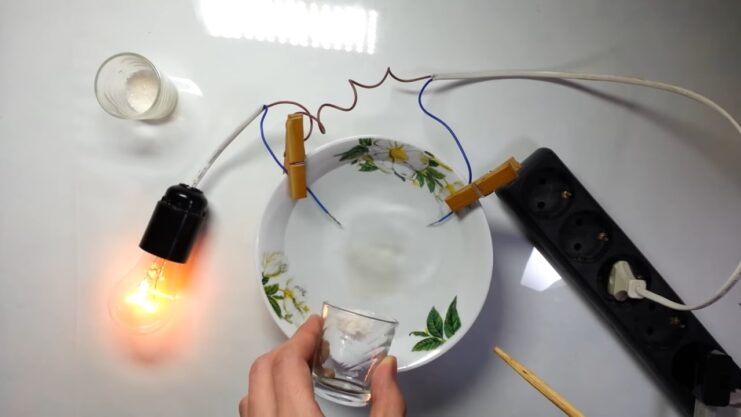 Do Electricity And Light Travel At The Same Speeds?

Over a wire, an electric current can move faster than light. But it sometimes advances slowly. It still takes some time for power to travel along a cable.

How Can Electricity Traverse Various Metals?

All metals have some electrical conductivity, but some are more conducting than others.