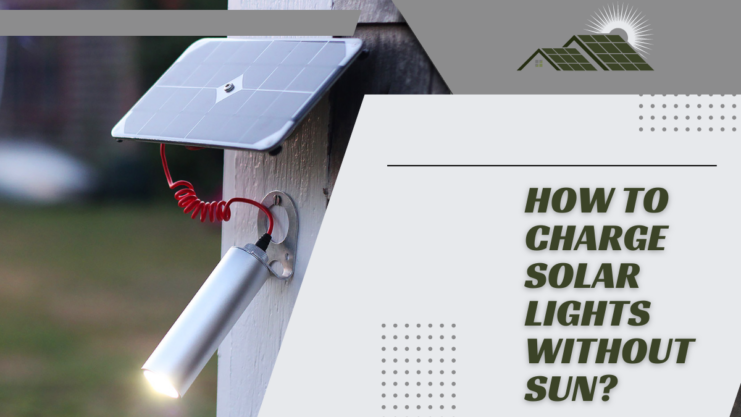 With the introduction of electricity and over 70% of the people in the world being connected it was all good news. And why not, back in the day, people used candles and lanterns which other than not providing enough light were prone to many accidents.

For example, what would happen if a candle fell on your books after you rushed to the grocery shop? Well, the worst can be imagined. Electricity is good news until you get your monthly electric bill and realize that depending on what electrical appliances you have, you will be required of you to part with over $100. Well, getting solar lights would be an appropriate option if you seek to cut the cost but do you know how to charge solar lights without the sun?

Most sources of energy and specific fossil fuels are the major causes of the current global warming crisis we are experiencing currently. Well, we understand that must it have so many side effects. On the other hand, solar energy is the opposite of fossil fuels. Electricity and fossil fuels are very expensive; in fact, this explains why most third-world countries have not been able to successfully provide electricity to the majority of their citizens living below the poverty line mark.

Solar energy, on the other hand, is absolutely free. There is nobody that will charge even a cent for harnessing the light from the sun. Meaning that once you install your solar appliances you are good to go and you won’t incur any additional cost whatsoever.

When it comes to solar lights there is always one frequently asked question. What if the is no sun, does that mean that I will have to be in the dark? Well, the answer to that question is, you won’t be in the dark if you learn how to charge solar lights without the sun, and, this article will walk you through the various ways in which you can do so.

The Truth About Solar Lights

You would be surprised by how much people know very little about solar light. It is this lack of knowledge that has discouraged many to consider solar lights the best substitute option for electricity. Well, here is all you need to know about solar lights.

Solar lights produce the same amount of light as that produced by an electric bulb. There are those who believe that solar lights only produce dim light and that at the time you would have to guess where you kept something since you can’t see it clearly. This is not the case when the battery is fully charged there will be enough light to run even your electrical appliances. The light will only get deemed if your battery is running out of charge which is very rare given the fact that it gets recharged every day during the daytime.

There is also another group of people who believe that so as to harness enough sunlight; you have to install your solar panel very high. This is not the case, all you have to do is ensure that you station your solar panel in a place free from obstacles such as trees or buildings where it can get direct sunlight for the most part of the day.

Finally, here comes the most asked question: what if there is no sunlight? Does it mean that I will have to be in the dark? For those in Africa and Australia, it’s good news, they have over 200 sunny days in a year; however, those of us who are miles away from the equator have a season called winter where which can go for up two months without seeing the sun. The good news is that you won’t be in the dark; this article will walk you through some basic ways how to charge solar lights without the sun.

3 Ways On How To Charge Solar Lights Without Sun?

The following are some of the ways in which you can charge your solar lights without the sun.

1. Harnessing The Light On a Cloudy Day

No one can oppose the fact that the sun is our greatest source of heat and light. Even better is the fact that we get it for free. On a cloudy day, the sun is blocked by the clouds and hence preventing its rays from reaching the group. A lot of people think that solar lights will only charge if there is direct sunlight and that on a cloudy day you would have to stay in the dark. Well, if this is what you believe then you are misguided.

I am very confident that very few people if any knew that you can actually use incandescent light to charge your solar light. Well, many would say why would I have to charge my solar light using another source of light? There are those of us who rely on solar lights as a backup in case there are technical problems with electricity.

In that case, you can charge your solar lights with the same light you are using around the house, it just has to be bright enough and the receptors will convert the light into electric energy storing it for use later when needed. 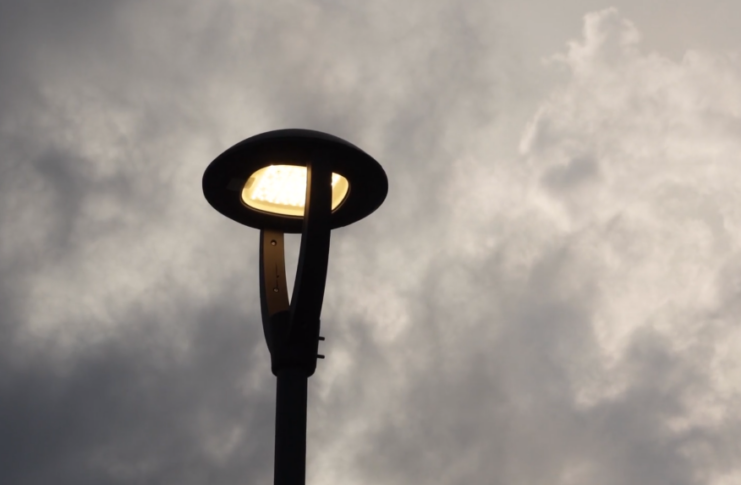 The same concept applies also to LED light. If you think of it as using another source of energy to provide the light that is in turn harnessed by the solar light can be very expensive. But, look at it this way, you are using LED light basically for other reasons, why not take advantage and charge your solar light when it’s absolutely free?

It is my sincere hope that you enjoyed reading this tutorial and most importantly found it useful. There is a lot of confusion when it comes to solar lights since many people are of believing that with no sun you will be in the dark.

On the positive side, this article has informed and walked you through the various processes of how to charge solar lights without sun. As a good friend, don’t keep all this knowledge to yourself, share this article with a friend or two, and don’t forget to leave a comment in the comment section below.